These are the words that run through your head the moment you step off the plane in New Delhi.

Some may call it crazy, but I can personally attest to the idea that if you give yourself to India, India will take care of you.

Magic happens when you give up searching for that specific, intimate experience and simply ’embark’ on a journey, for better or worse.

But…you have to take that chance.

What better way to throw yourself into the deep end of that mystic pool than to explore Northern India by motorcycle.

Time to rack up some karma — minus the car.

So you’ve purchased your motorcycle.

For me, it was a 1986 Royal Enfield Bullet 350 with an extra large tank and bolt-on luggage racks.

But before you leave, take one last look around and soak it all in.

Notice that when the morning sun breaks through the streets of New Delhi, things became alive quickly. Just stepping out from your guesthouse bombards every sense you have, creating a certain hyper-awareness of actions around you.

This is of course a good thing because any momentary slacking will leave you a hit and run victim!  Within the crowded streets of Delhi there are smells layered on top of smells, people layered on top of people, and seemingly some of the most fearless, pissed off and dissatisfied cows that have ever lived.

Everything is all squeezed together and you can feel the heat. It is an incredibly unforgettable sensation.

You finally escape the madness northward and make it to Rishikesh, a little spiritual hole-in-the-wall village along the banks of the Ganges river.

The rising and setting of the sun paints the white steeples of the yoga ashrams a golden brown, while the ringing of sacred bells echo through the multi-level shrines built for Hindu gods and goddesses. Singing, chanting and drums bounce around the wide colorful halls of yoga studios and are picked up by the consistent northern wind, carrying the beat far and away. If there was any place to sit and question existence, this would probably be it.

No wonder the Beatles wrote the majority of the white album here.

Odd Fortunes Deep in the Himalayas

Continuing on and turning toward Tibet, you will arrive in Recong Peo where an Inner Line Permit is required to travel overland upon roads close to the Tibetan border.

Of course being closed on that specific day for an unspecified reason (that’s India!), feel free to stay an extra day and drive to Kalpa, 13 kms uphill above Recong Peo.

Probably the most peaceful and incredibly isolated place in the Kinnaur valley, Kalpa offers breathtaking views of snowy Himalayan mountains set to the crackling of Tibetan prayer flags, said to spread the good wishes and prayers around the world with the wind.

It was here I saw my first Buddhist temples and got an up close and personal view of their detail.

Remember you have given yourself to India, so cue those unforeseen encounters.

For instance, in Nako I found myself within a traditional Kinnaur wedding ceremony.

The whole village participated, complete with drum and cymbal players dancing and chanting to their own music, a local lama who casts a representation of evil into a large (at one point out of control) fire, and about one hundred Kinnaur women, men and children screaming and yelling and dancing around.

The elderly, brightly dressed women dance in circles with 10 rupee notes in their hands, while a huge pot of milk tea is shared by everyone, and generously offered to wide-eyed outsiders like myself.

Despite the dropping temperatures you see the warmth in the faces and eyes of the villagers, and it is undeniable that you are witness to something incredible.

It Can’t All Be Easy!

Now your mission is to get over the Kunzum pass…a 4500 meter high mountain ‘road’ that, for me, received the brunt of a recent snowstorm.

But make no mistake, this is no road. But rather a semi-flat clearing of land littered with rocks embedded in dirt…and thats on a dry day.

As the sun melts the enormous amount of snow everywhere, the melt water turns that your path into a muddy, sloppy endurance ride.

The scenery is breathtaking, however.  There are only 3 colors in every direction…the pale blue sky and river, mud brown roads, and a glistening, shimmering white blanket over the rest. Every breath is of cool, thin, dry mountain air that invigorates the body and soul. It is you, your machine, the enveloping beauty of nature, and nothing more. What a great feeling. Until the next mud patch.

Arrive Back To New Delhi

The big cities are great, but the real adventure lies in getting out there…through remote stretches of mountain roads or hot, dusty dhabas…sitting shoulder to shoulder with local truck drivers drinking chai at 7 am, or eating a small meal prepared especially for you miles away from any restaurants or electricity for that matter.

And of course, half of gaining a true sense of India is smelling the smells. Good luck doing that from an air-conditioned bus!

Particularly on a motorcycle, India continues to surprise and delight those that let it.

All you must provide is a healthy sense of curiosity, some patience, and the courage to seize an opportune moment.

But really, isn’t that the recipe for every great adventure?

Headed to the airport A relatively easy flight from Nashville to JFK set the stage to meet Aaron, Susan, and Lynne before our flight to Warsaw.  My only SNAFU was my boarding pass and the British Airways lounge gatekeeper who refused to acknowledge technology, insisting that I have a printed boarding pass to scan, instead… 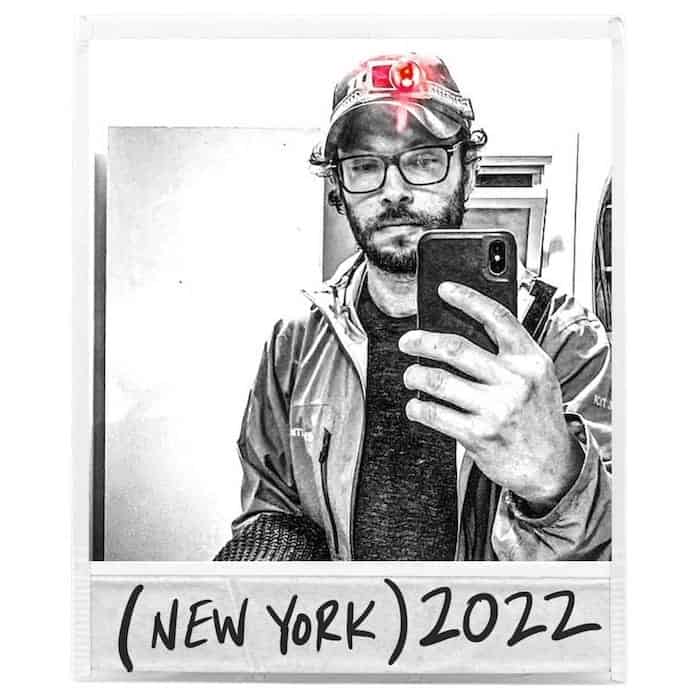 I’m Josh K., creator of 2 software products (Firebuilders.io and Funnelmappy), and digital nomad of 15 years, working from the decks of sailboats and the backs of old motorcycles.
Read more about me >

Subscribe and get the same insightful & hilarious travel photos & stories I email my own family!

(Really, it's so they know I haven't died)