As with any great adventure, getting there is half the battle.

Headed to the airport

A relatively easy flight from Nashville to JFK set the stage to meet Aaron, Susan, and Lynne before our flight to Warsaw.  My only SNAFU was my boarding pass and the British Airways lounge gatekeeper who refused to acknowledge technology, insisting that I have a printed boarding pass to scan, instead of my phone/sms pass.

“Same scan” I pleaded, gazing like a baby kitten all heartfelt into her cold, uncompromising eyes.

“No” she replied.  She pointed to the door.  The universal sign for ‘get out before I call security.’

Here’s to starting off the trip strong!

Security into Poland was a breeze…no one even mentioned covid, vaccinations, or the ‘worldwide pandemic.’

We grabbed our bags and met Tomec, the van driver charged with taking us to the Polish/Ukrainian border.

What I’ve learned so far?

Now, we found ourselves in a 5 hour van ride to the base of operations for the PHA, or “Polish Humanitarian Action.”

Escape From Warsaw And Into The Forest

Our camp was 10 miles from the Poland/Ukraine border.  Getting there was slightly ‘out of the way.’

On The Road And Into The forest

When we arrived at camp, the sun was low and barely breaking through the trees that lined the bottom of the horizon.  A group of volunteers were there to greet us and run through the typical questions;

Where did you come from?

What brought you here?

The same goes with any social situation.  Be it a podcast interview, a sales call, or when you walk into dark pool bar and put some money on the felt. Control the situation as best you can at the beginning.  Define the energy – or it will define you.

The nights were cool, and we sat around a fresh fire telling stories about who we were, how we got there, and what we planned on doing next.

We were a band of capable misfits from all over the world.  And we loved it.

Life in a Polish Border Camp

We sat by the fire speaking Spanish, French, Polish, Ukrainian, and English, laughing wide eyed and interested in each others back stories.  I met Sebastian, Carlos, Eric, 3 girls from Barcelona, another girl from Hong Kong, 2 guys from Singapore, and a few of the Polish workers that didn’t seem to be volunteers but instead work for our organization PAH.  They had the blue vests.

The camp resembled the typical American summercamp, but without all the activities and swim instruction.  Old Polish log cabins and oddly-shaped open air structure surrounded by hand-built wood fences that have sagged and weathered with time.  All of these dot a pine tree forrest far off the paved roads of the nearest Polish village.

My first shift was the night shift, 12pm to 8am, so I quickly grabbed a corner bunk of the cabin and unrolled the sleeping bag, looking forward to a few hours sleep before muster.

The accommodations were sparse but comfortable and clean.  I have a floor mattress, a blanket, my sleeping bag, and a pillow that feels like its been filled with little bits of styrofoam insulation peanuts from the 1950s.

It was evident that this was the kind of place maintained primarily volunteers who cycle through frequently.  Everything seems to have been done in different ways according to the person in charge at the time — a kind of mish-mash of good-natured projects.

At 11:20pm, we all muster by the fire to have our pre-work briefing and split into vehicles.  We’re told that refugee traffic might be higher tonight as there have been reports of recent shelling in Lviv.

So be on our toes.

First Night At The Border

After an 8 hour flight to Warsaw from JFK, a 6 hour time shift, 5 hour drive to our Polish camp, and 2.5 hours of sleep, I decided the right thing to do would be to work another 8 hour night shift at the border. Voluntarily.

My first night shift was 12am to 8am.  And to top it all off, it wasn’t even my turn.  I volunteered to volunteer.

“Might as well jump right in” I thought to myself.

After our pre-shift briefing from Basia, our Polish team lead, we split into 2 small cars and headed off into the forest.  The limited headlights seemed outmatched by the thickness of dark.

The roads range from mounded dirt to recent smooth pavement and everything in between.  After packed like a sardine in the middle seat for 25 minutes we reached the Polish/Ukraine checkpoint where a guard waved us through without even checking our papers.  All of us dressed in our blue PAH vests, me in my headlamp (for which later I would get some light-hearted shit for.  I mean, why the hell was I wearing that?) we all made our way to the ‘waiting area’ that follows post-processing and immigration.

Within 30 seconds, I managed to jump into a tour of the place lead by Stewart, an American EMT who had been here for the last few weeks.  Myself and 2 new volunteers quickly learned the essentials.  Where we kept the coffee and tea, the diapers, the OJ, candy, water, and napkins, sandwiches, and everything else you could think of.

Stuff was piled everywhere among a maze of small rooms directly behind the waiting area. At first, the operation struck me as a bit sloppy and disorganized, but I later found that in practice, it was surprisingly efficient.

To pass out coffee, tea, and food to people waiting to return to their busses and proceed to Warsaw, Poznan, Gdansk, or wherever their final destination lay.

You would see Ukrainian refugees of every shape, size and demeanor – all speaking either Polish, Ukrainian, Russian, or a mix between all 3.

I finally got to put my Ukrainian skills to the test in the field, and it turned out to be the perfect place to start to gain confidence in my speaking abilities with locals.

Pronouncing something wrong to a tired refugee would trigger a blank, confused reaction and awkward stare, seemingly into my soul.  Quickly, I would have to change the subject to something easier.

Coffee?  With milk?  I would point to the carton of milk.

“Tak, troschkee” they would reply.

Even though I’ve been learning the language for a few years, it’s only really been via Skype.  Not to mention with the same person.  So I was eager to see how my new language skills faired out in the field, among strangers.

Turns out, working a refugee food and beverage booth is the perfect place to hone your language skills.

Why? Because of the crazy-high rate of trial and error.

In fact, our interactions were so brief it became a test-bed for new ways to say things.  Pronounce something wrong?  Just fix it on the next person!  Experiment with different ways to say the same thing.  “Hello, how are you?  Good luck.  We have tasty food.  We have free food.  These pirogies? They are delicious.  Coffee with milk?”

All said in poorly pronounced Ukrainian that would make people smile with surprise, or stand there bewildered.

Non-stop for 8 hours, bus loads of men, women, and children would flow through the checkpoint.  All of whom were simply appreciative and showed it on their faces with a universal language of gratitude.  So really, no Ukrainian necessary.

But that didn’t stop me from trying.

Despite the occasional tense and embarrassing moment, we tried to keep the atmosphere light and fun.  Trust me, a drastic departure from the rest of the border crossing process.

Between busses, we would refill everything, get more coffee and tea, change out the pirogi pan, restock the candy and waffles.  There was always something do do, and the organization was pretty impressive with so much inventory and seemingly no one keeping track of it all.

But we all worked together beautifully.  A team of disparate souls from all corners of the world with one thing in common — an open mind and a drive to help in any way possible.

The actual room we were in resembled something plain and a bit tired with it’s pastel pink walls and dirty air conditioner.  Yet our smiles and energy completely transformed the interior to a welcoming embrace of hot food, coffee, and refuge.

A place warm – and temporarily safe.

Kids faces would light up when presented with a surprise lollipop or emoji sticker.  When was the last time that happened to them?

Or an elderly man’s joy when you refused their money and explained that the food was free.  “Yeejah bezkostoovnah” you would say.  “Free food.”

Their smiles was ear to ear.

Sure, the midnight to 8am shift makes you tired.  My feet were absolutely throbbing in their boots.  But as soon as people walked through that door those feelings vaporized and thus began the dance of interaction.

I had forgotten how mentally taxing it is thinking and communicating in another language all the time.  But on the plus side, I dreamt in Ukrainian when finally able to crash out in my bunk at 8:30am.

Josh’s infamous “Thoughts from the Open Road” email.
Like nothing you’ve ever seen. 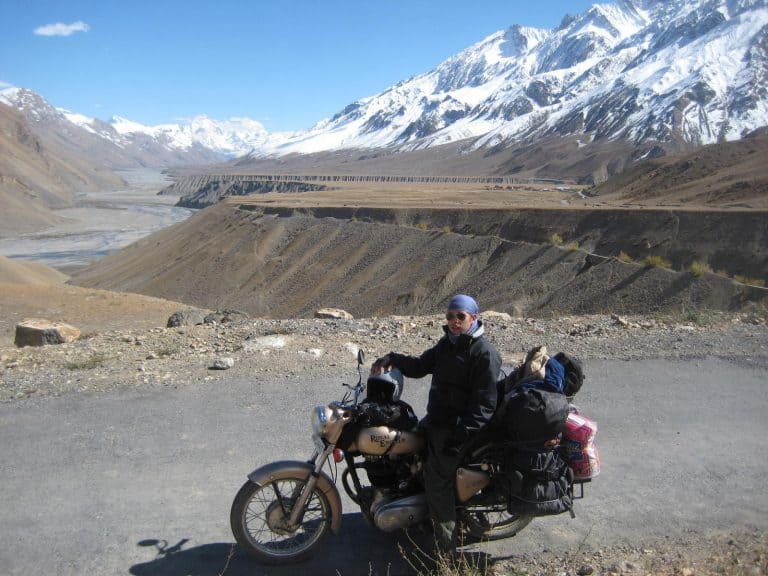 Last updated May 15, 2022 “Welcome to Thunderdome.” – India These are the words that run through your head the moment you step off the plane in New Delhi. Some may call it crazy, but I can personally attest to the idea that if you give yourself to India, India will take care of you. …